When it’s quiet on the night shift, Dr. Kevin Patterson can usually be found off in a corner typing on his laptop. An internist, Patterson alternates weeks practising family medicine on bucolic Salt Spring Island, British Columbia, and working in the intensive care unit (ICU) at Nanaimo Regional General Hospital. He is also an acclaimed writer with five books to his name, including a memoir, an award-winning collection of short stories and two novels. The latest is News From the Red Desert, which is based on his time as a military doctor in Afghanistan.

Despite this prolific output, Patterson says he loves being a doctor too much to become a full-time writer. He sees the two pursuits as complementary, both dealing with “the nitty-gritty of human experience, the moments of crisis, the moments of despair.”

His career as a writer began, oddly enough, in the military. Three decades ago, after graduating from high school in Selkirk, Manitoba, he joined the Armed Forces to finance his medical studies. As a new doctor in uniform, he was posted to Canadian Forces Base Shilo in Manitoba and was bored, treating mainly “boxers’ fractures and urethritis.” Therefore, he began to write.

His first publication recounted his experiences with a friend while sailing a small boat to Tahiti, with no previous sailing experience and a broken heart after a failed romance. The Water in Between: a Journey at Sea (1999) made the cover of The New York Times Book Review. This was followed by his debut short-fiction collection, Country of Cold, which won the Rogers Writers’ Trust Fiction Prize in 2003.

On board with Kevin Patterson.

When his service time was over, he worked as a doctor in the Arctic and on the coast of BC. This experience propelled him to write his first novel, Consumption (2006), which tracks the history of an Inuit family. “There’s a really powerful and stark beauty about the Arctic,” says Patterson. “The Inuit are amazing people that are remarkable in their courage and strength.” When Consumption was published, Patterson said he was “very moved by both the pace of social change there — the loss of traditional ways of seeing the world, the affinity for and comfort with the land — and by the social disarray that change of pace produces.”

Eventually, Patterson settled as a civilian internist in Nanaimo, but the lure of the military continued to attract him. In 2007, he volunteered to spend two months in the Kandahar ICU in Afghanistan. “I thought maybe there was a good outcome possible,” he says.

By this point, Patterson had three books to his credit and a master’s degree in creative writing from the University of British Columbia. After his time in Afghanistan, he wrote an unsettling but moving 7000-word article for the American magazine, Mother Jones, that described in graphic detail his failed attempt to save a Canadian soldier who had been shot in a so-called friendly fire incident. The soldier was named in the article. The ensuing controversy over a potential breech of doctor–patient confidentiality made headlines across Canada, even though the soldier had previously been named by other media and, according to Patterson, would have been easy to identify even if he wasn’t named in the article. The Department of National Defence initiated a military police investigation and a summary investigation into Patterson’s conduct; however, no charges resulted.

In the end, Patterson was reprimanded by the College of Physicians and Surgeons of British Columbia for breaching patient confidentiality and fined $5000. The college also ordered him to make a charitable donation of $7000 (the amount he was paid for the Mother Jones article) and take ethics training.

Patterson vowed not to breech confidentiality again, but he persevered; he had a larger story to tell about Afghanistan. His latest novel, News From the Red Desert, is about American soldiers’ racism and torture in Afghanistan and Canada’s compliance.

He says his first book, the memoir, has similarities to Red Desert in that both try to “puncture romanticism.” The first book punctured the perceived romance of an escapist voyage. The newest book punctures the romance of war. For the war book, he chose fiction because he says he finds it easier to convey the chaos than in a nonfiction setting.

Initial critical reaction to the novel has been positive. The publishing industry’s magazine, Quill and Quire, said it “is a masterful and essential meditation on war, terror and the media’s complicity in feeding both.” The Globe and Mail called it “one of the finest war novels this country has even seen.” The Globe’s review stated that “With Patterson’s coolly dispassionate prose, his clinical approach to both characterization and violence, News from the Red Desert rings with a sense of journalistic truth, unusual for a novel.”

Now 52, Patterson lives on Salt Spring Island with his wife, teenaged daughter and two preteen sons. A couple of times a year, in addition to his regular jobs, he practises in Rankin Inlet and Naujaat (formerly Repulse Bay) on the west coast of Hudson Bay.

His free hours are spent writing in a coffee shop. “I wrote most of this book in the Vault Café in Nanaimo, and for hundreds of long afternoons, the better the writing went, the less coffee and the fewer of Lolo’s (fabulous) Super BLTs on beer bread I ate,” Patterson wrote in the acknowledgements for Red Desert.

Words flow amid the noise of coffee shops. At home, the flow ends amid distractions: the mounting laundry, the unmown grass and kids clamouring for a ball game.

This self-described “shy” father is now plotting another book. A few years after Tahiti, Patterson did another sailing trip, this time to the Marquesa Islands in the South Pacific. He was supposed to go with his twin brother Thorvald, but Thorvald was too sick and dying of AIDS. It was Thorvald’s desire to become a doctor that had inspired Kevin to study medicine. For years, he has been trying to write a novel capturing his late brother’s life. It’s been a tough slog. Patterson is loath to discuss the project beyond saying it continues.

He wants to take another South Pacific sailing trip, this time perhaps with his children, or at least the ones who can survive without the Internet, he jokes. And there is another dream taking shape. “I have a steel boat that would be the perfect boat to cross the Northwest Passage.” Surely, that would be an adventure worthy of another book. 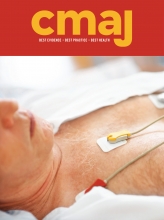