Long-term stroke prevention: We can do better

Treatments for acute ischemic stroke — including thrombolysis with alteplase and, more recently, endovascular thrombectomy — have received much attention.1–3 Efforts to find better treatments have focused mainly on early risks associated with stroke, particularly for patients with minor ischemic stroke or transient ischemic attack (which represent the mildest end of the ischemic stroke spectrum); many clinical trials are active in this area. Yet, the long-term risk of recurrent stroke lurks in the shadows.

In Canada, despite recent capacity-building, there are still not nearly enough neurologists or stroke specialists to manage all patients with stroke. Patients in urban centres may be seen by a neurologist during the acute hospital admission, perhaps once or twice in follow-up, and then they are discharged to community follow-up. In rural settings, there is likely to be no stroke specialist at all. The long-term care of patients who have had a stroke falls to primary care physicians and internists. In this context, the findings of a linked study that examined the long-term risk of stroke are enlightening and shocking at the same time.4

Edwards and colleagues used administrative data to study Ontario patients who survived their initial ischemic stroke event, were discharged from the emergency department or from the hospital, and did not experience any further event for 90 days. Cases were matched with nonstroke controls on age, date of recent health system interaction, income quintile and area of residence. Outcomes were tracked for up to five years to examine death, recurrent stroke, myocardial infarction and admission to long-term care.

Stroke is an episodic condition that falls broadly into two categories: ischemic and hemorrhagic. Unlike acute coronary syndromes, which have a dominant underlying mechanism of coronary atherosclerotic disease, the possible causes of stroke are many. As a future coronary event depends upon atherosclerosis, so too the risk of future stroke depends upon the stroke mechanism.

Edwards and colleagues found that cases with a high burden of hypertension, diabetes mellitus and prior stroke had twice the risk of the composite outcome of death, stroke and admission to long-term care or myocardial infarction compared with controls. Death was the most common outcome, followed by recurrent stroke. Patients who had experienced ischemic stroke were twice as likely to suffer recurrent stroke (all stroke — ischemic and hemorrhagic) as myocardial infarction. At five years, 7.8% of cases had experienced another stroke compared with 1.6% of controls, and 26% had died compared with 16% of controls.4 These findings underscore the importance of long-term risks for patients who appear to do well in the short term following stroke or transient ischemic attack.

Although this high mortality is likely explained by both the average population age of 72 and major comorbid illness (e.g., malignant disease and cognitive impairment or dementia), the major concern is recurrent stroke. Ischemic stroke is preventable and such high observed rates of recurrent stroke in the longer term suggest that there is opportunity to improve stroke prevention care. We can examine this opportunity by mechanistic subtype of ischemic stroke.

Ischemic stroke due to large artery disease may be arteroembolic from extracranial carotid artery atherosclerosis or extracranial vertebral artery atherosclerosis, or it may be due to in situ thrombosis on a ruptured atherosclerotic plaque in an intracranial cerebral artery. A minority (10% or fewer) of ischemic stroke patients are suitable candidates for surgical or endovascular treatment of extracranial carotid disease.10 There is strong evidence that medical management is superior to angioplasty and stenting for intracranial atherosclerotic disease.11 Management therefore typically consists of medical treatment with antiplatelet agents, lipid-lowering agents and blood pressure control. However, it is the modifiable risk factors — smoking, exercise and diet — that continue to be the most challenging to address.

Ischemic stroke due to small vessel disease is prevented only with generic risk factor management. Optimal treatment of blood pressure12 and eschewing smoking are the definitive treatments. Although we suspect it is helpful, it is not known whether treatment of diabetes mellitus or using lipid-lowering therapy specifically prevents lacunar stroke. Other, less common causes of stroke may have specific preventive approaches, but their impact on overall recurrence rates will be proportionately small.

Edwards and colleagues highlight an unacceptably high rate of recurrent stroke among patients who survive their initial stroke and remain event free for 90 days. These stroke recurrence rates give us a benchmark upon which to improve. Stroke prevention is challenging because there are numerous possible causes to be addressed. However, there are proven treatments that work and are known to be underutilized. It is our imperative to use these treatments comprehensively and reduce recurrent stroke rates. 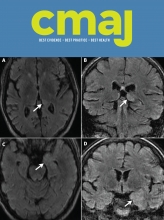