We applaud CMAJ’s efforts at advancing the discussion on physician-assisted suicide; however, we take exception to several of the points presented in Downey’s commentary.1

Third, Downey states that both new and experienced physicians will need to learn how to deliver assisted dying. The number of patients requesting assisted suicide is very small. Do we want to spend considerable time and resources teaching medical students and experienced physicians an “intervention” that the vast majority will never carry out? A group of providers who want to do this will need to be identified and receive appropriate training and regulation.

What is truly needed is better access to palliative care training for both trainees and experienced physicians. Palliative care is given only minimal consideration in current medical school curricula, and yet, the vast majority of physicians will at some point be responsible for the care of patients near the end of life. Let’s put our resources where we can make a meaningful impact for the vast majority of our patients. 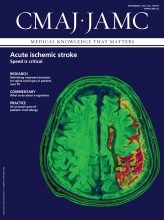