I thank Osterholm and Kelley1 for alerting me to citation errors in my editorial.2 These errors were adopted from other influenza experts.3,4 I owe it to CMAJ readers to find the original evidence. My editorial was in press when the report by Osterholm and colleagues5 was released online. Their report provides a welcome cold shower on our former enthusiastic estimates of influenza vaccine efficacy and it highlights the need for better research on influenza-specific outcomes from immunization programs, as well as the need for a search for more effective vaccines. At the time I wrote the editorial, finding a range of estimates that included the influenza vaccine efficacy rate that I cited was relatively easy. In their report, Osterholm and colleagues note some of these older estimates.5

Doshi and colleagues concluded that there is no credible evidence that influenza vaccination prevents incident cases of influenza, particularly those cases transmitted by health care workers.6 However, the authors do acknowledge the drop in seasonal all-cause mortality seen in the 4 randomized trials discussed in my editorial. Surprisingly, the authors dismiss this evidence because of weaknesses in the trials and because they believe that there is a risk of bias and confounding. Any medical intervention that can lower all-cause mortality over the short term is impressive. Rather than dismiss this evidence outright, we need to challenge it with large, randomized controlled trials that encompass influenza-specific outcomes.

In the meantime, we are still faced with a set of inconvenient facts about the average influenza season in Canada: there are about 20 000 hospital admissions; at least hundreds of Canadians die of influenza;5 and the virus circulates in our health care institutions, where the number of cases owing to shedding by health care workers, patients and visitors is not known.

Also, we have a population of increasingly elderly, sick and immunocompromised inpatients, who, once exposed, are unable to protect themselves from infection and its serious consequences. Updated estimates by Osterholm and colleagues indicate that current adult vaccines appear to be safe and to protect at least 50% of vaccinated Canadians from getting influenza.5 Although there are no good estimates of vaccine efficacy in health care workers, those who are young and healthy could presumably respond well to current vaccines. But the rate of vaccine uptake among health care workers is too low at about 40%–50%.

Nothing justifies our failure to improve the rates of vaccination in our health care workers. The burden of proof lies upon those against enforcement of much higher rates of adherence and on those health care workers who continue to refuse vaccination to show that they are not inflicting unnecessary harm on vulnerable patients. In the meantime, I suggest to inpatients that they ask their doctor or nurse: “Have you had your flu shot?” 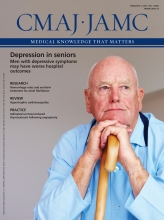